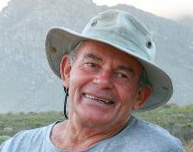 Rob was born in Rhodesia (now Zimbabwe) and raised on two farms in the remote North East when the land was still teaming with game, and water was transported in an ox-drawn cart to the homestead from a tank below the windmill.

He has been a farmer, miner, pilot and an all-time closet illustrator and wannabe story writer.

He started illustrating professionally in 2004 and has written and illustrated 18 short ‘flying’ stories that were published by two competing aviation magazines. He has illustrated or contributed to the illustration of more than 300 books (at last count), as well as 22 book covers, for a number of leading publishers.

He self-published his first book; ‘The Aviator’s Toilet Companion’ in mid. 2018, now available on Amazon Kindle, iBooks, and Kobo.

He has also completed a number of fine art commissions.